There are two subspecies (or races) of this butterfly in Europe: Lycaena dispar batavus and Lycaena dispar rutilus.
The male upperside is brilliant coppery red/orange with black borders. The female forweing is largely orange with large sooty spots and a broad sooty border. In both sexes the underside of the forewing is orange with large black spots and a broad grey border; the hindwing is grey with black spots and a broad orange submarginal band.
Lycaena dispar batavus is a Dutch race which lives in a single brood in very wet, lowland marshes and its caterpillars feed almost on Water Dock. The other race is more widely distributed and lives in one or two broods in grassland, wasteland, ditches and riverbanks. Flight from May to September and the larval foodplants are docks and bistorts. ​ 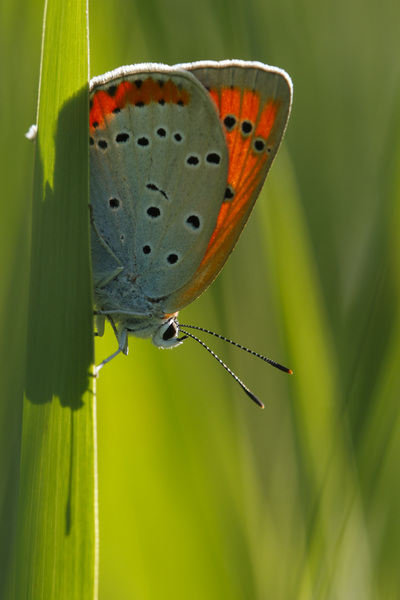 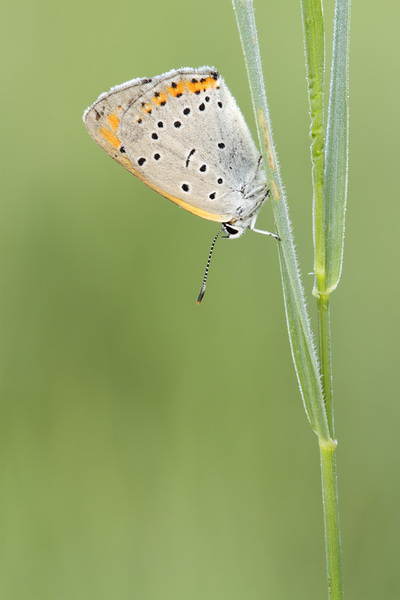 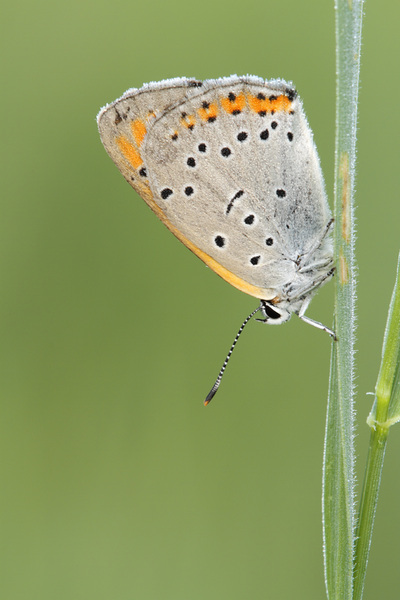 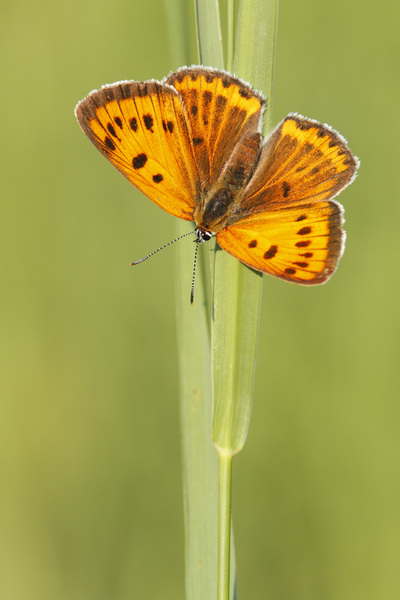 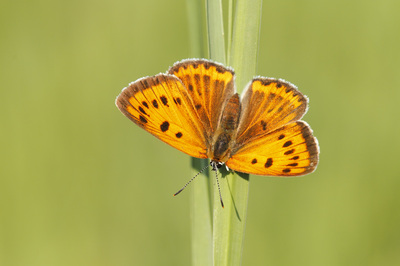 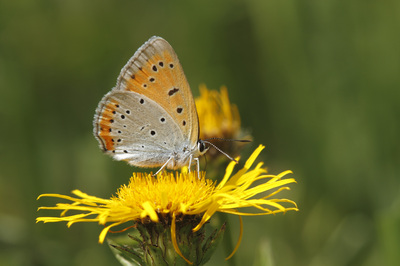